Hilde Lotz-Bauer
The story behind an image 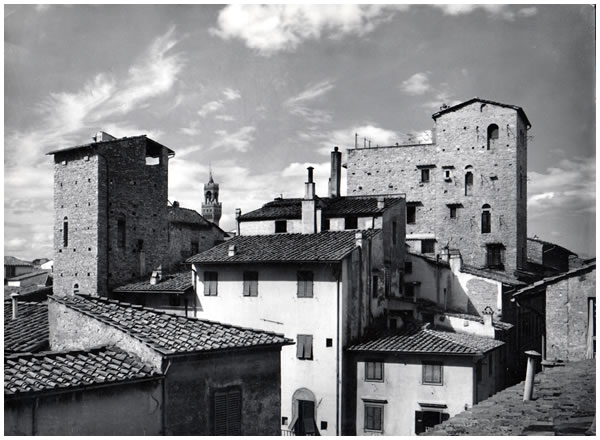 Nowadays, everyone is taking photos on their mobiles and sharing them with friends on Facebook, WhatsApp, and Instagram. In most cases what is taken on one mobile is essentially the same image seen on another (ignoring the quality differences of the screens). But that wasn't always the case.

Take the image above. It is from the Florence gallery. What can we learn about the image, the place depicted and even about the photographer? Obviously it was Hilde who took the photograph, but is the image Hilde's? I will leave you to be the judge!

Let's consider how this image came about.

So this is the photo we have, but it is not the image you see above. In addition I had to scan the print, adjust the brightness and contrast to ensure it was as close as possible to the original, make adjustments to straighten up the edges, resize it and add a border. If there had been any blemishes (there weren't in this case) I would also have retouched it in my image editing software.

So what is your verdict?

It is interesting that Hilde is using her maiden name as she married Bernhard Degenhart in 1934 and some of her prints are marked Dr. Hilde Degenhart-Bauer. She divorced in 1939 and didn't marry Wolfgang Lotz until 1941 when she started using the name Hilde Lotz-Bauer. She was also commissioned in 1939 by Friedrich Kriegbaum to document Florentine urbanism for a book that was never completed due to Kriegbaum's untimely death during an air raid in 1943. So can we assume that the photo was taken between 1939-1941?

We also have another photograph that was clearly taken on the same day, but with the camera moved a little to the right.

This has been printed on much larger paper (38.5x29cm) and mounted on green board for the 1977 exhibition in Florence. You now see a little more of the house in the centre, but also the ugly chimney on the right. On the reverse is printed "Piazza San Per Maggiore: La Casa-Torre". What did Hilde mean by "Casa-Torre"? Did she have an appartment in one of these towers or was the photo taken from her house or is it just a description "residential tower". We can see the Palazzo Vecchio in the centre distance so can see the photo was taken from the North/North East. We also know she lived in a tower with Wolfgang and that one of her addresses was Piazza S. Spirito 9, but this was to the South of the river. We need to do some investigation when we go there!

We also discovered that KHI have an almost identical photo (virtually the same perspective, perhaps the camera lens has been raised a fraction) but the clouds have moved and someone has opened the shutters at the top-right of the central building!

This is how KHI identify it:

It is worth asking why did Hilde take three photos from the same position? Glass plates were expensive and Hilde took great care to ensure the light was perfect before she pressed the shutter. (The complete opposite to today's professional photographers who may take over 1,000 digital images in a single evening then select only 50 for publication).

The clue to answering this is to look at the shadows that bisect the upper windows of the central building in the top two photos, but are absent in the KHI one. This indicates that a cloud must have decreased the harsh light, the result being that the right-hand face of the Torrei dei Donati is revealed with greater clarity.

Finally, let's compare these with a modern day photo on Wikipedia. Why are Hilde's towers not leaning over, like this? 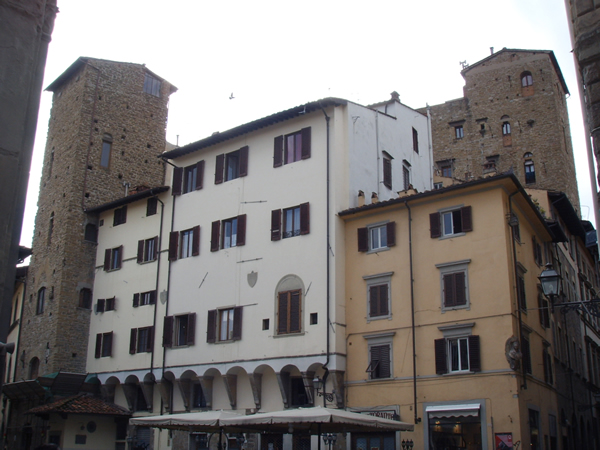