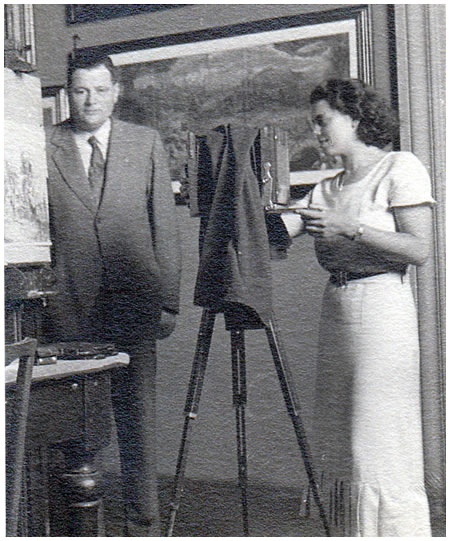 Examining her photos, you can see that she had an entirely different approach to her work depending on what she was photographing, for what purpose and with which camera.

As a professional photographer she worked on commission mostly for art historians wishing to illustrate their work. For this she used glass plate cameras, a wooden one with a 13x18 cm plate, the other a Linhof 9x12. These are highly technical cameras that would have taken a long time to set up and the exposure would have been relatively long (we have a few photos where passers-by appear as ghosts). The cameras and all the equipment (tripod, glass plates, slides to hold them, remove them and store them, exposure meter etc) would have been heavy and awkward to transport. The plates would also have been expensive, so Hilde would have wanted to set up perfectly before taking a shot.

While acknowledging the criteria set her by Kriegbaum (certain perspectives, no people, no traffic) she also reveals her awareness of light to such an extent one could be convinced that this was the subject of her interest. Take this picture of a courtyard in Palazzo Strozzi: 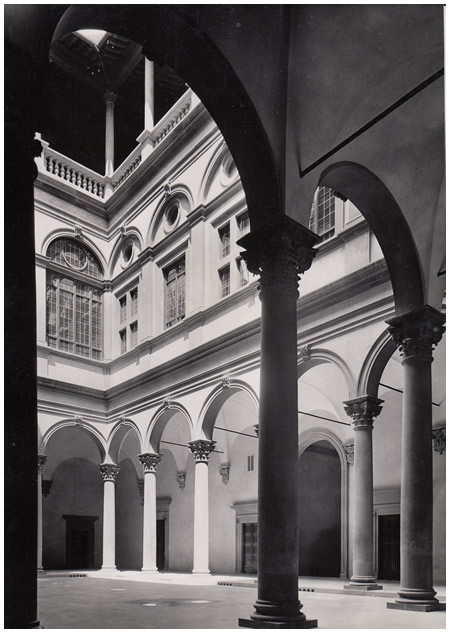 There are so many gradations of light on the pillars, floor and walls. The brightest light is not too harsh or burnt-out, while there is still definition on the darker pillars in the foreground with just a hint of light along their edges. You could almost get fully absorbed in these qualities of light rather than the subject matter.

Or this one of Via dei Bardi: 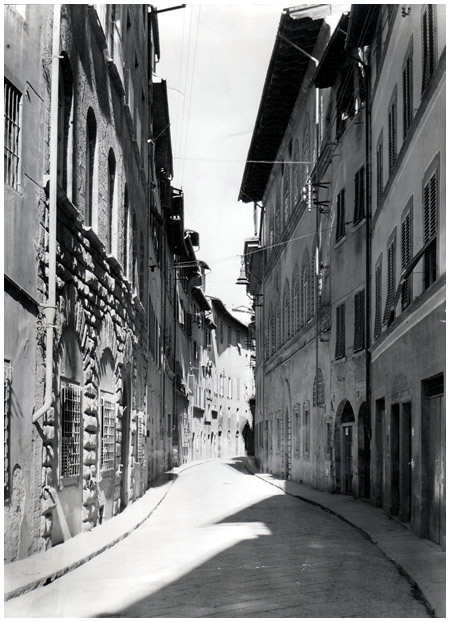 Here you can see the rustication of the building to the left, the gentle sweep of the street and the intense light leading your eye down to the corner. 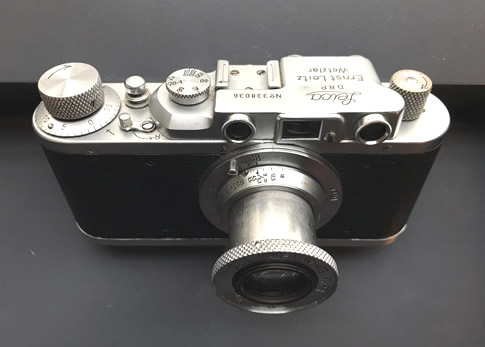 It must have been a delight for Hilde to own one of the first Leicas. It was like a jewel. Precision engineered, light to carry, with all the facilities that still define a high quality camera today.

She could now set up the shutter speed and aperture in advance for any given light and be ready to capture an image in an instant.

This photo, for example, required an immediate response or the subject would have been gone: 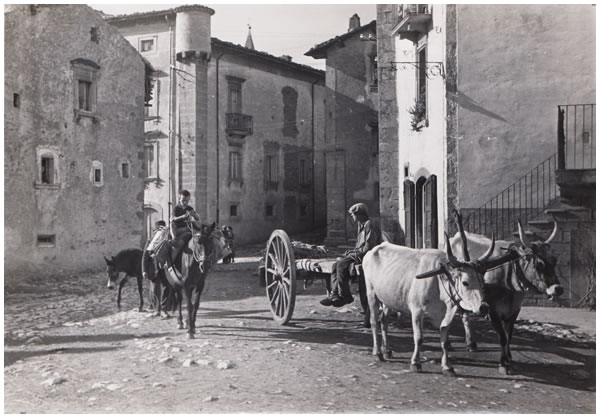 Here Hilde captures a moment, but one that encapsulates a time, a condition, a place. Life itself.

Scanno had been famous as a destination for artists and photographers decades before Hilde arrived. MC Escher made drawings of the amazing steps going in all directions, a couple of years before Hilde trained her camera on them.

Even today you see multitudes of photographers patrolling the streets holding their cameras like sharp-shooters. Here we bumped into Claudio Marcozzi on the hunt, a day after Hilde's October 2016 exhibition was officially opened.

But before Hilde, photographers were either capturing the quaintness of the town's streets or the cuteness of their costume, people lining up for the camera without character. 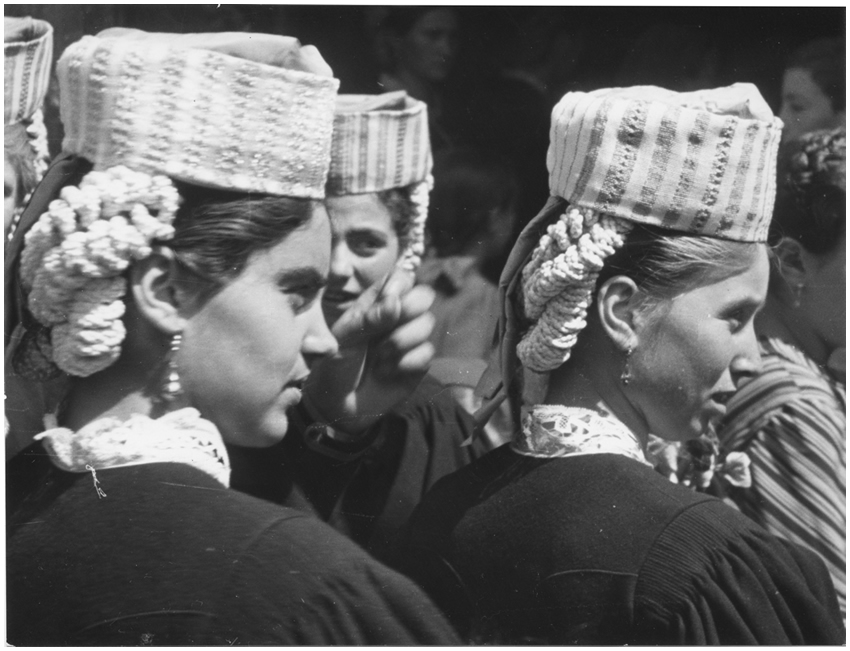 Here, Hilde captures not only the costume, but also the character of the people. 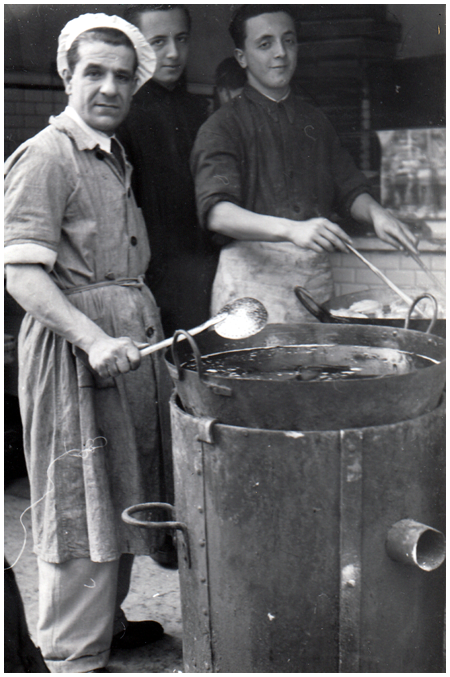 This is neither street photography, nor photojournalism. It captures a place, a time, and the personality of the people. Essence.