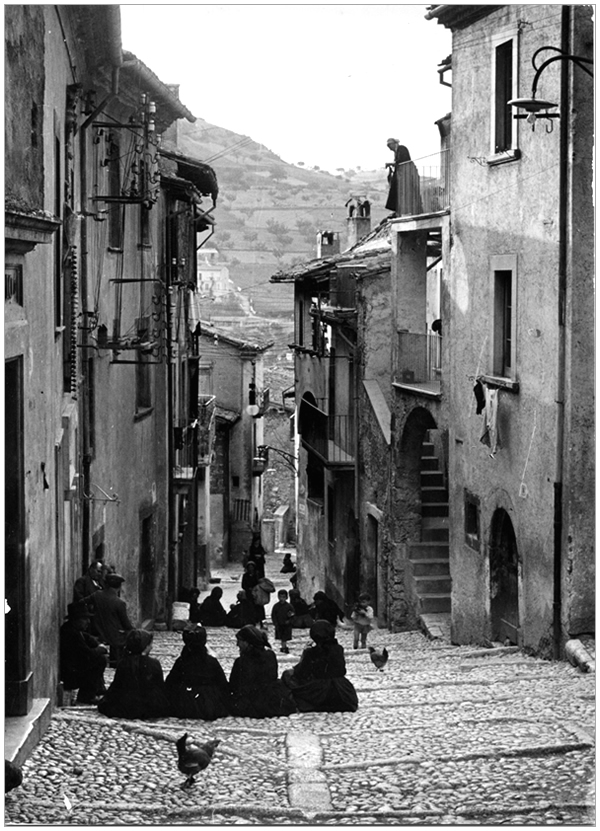 How it all began – a photographic odyssey

A history inside a history

The story of this exhibition goes back four years to September 2004 when Tamara Hufschmidt wrote from the German Art Historical Institute in Florence to my brother Christoph in Munich. The Institute had just completed digitally storing the entire archive which my mother had left to the institute – 714 photographs. She suggested preparing an exhibition to celebrate Hilde’s centenary in 2007.

Eventually Tamara, Robbie and I got together to work for this. The result was a beautiful online exhibition on the KHI website, which can still be viewed. It displays her skills at capturing the wonders of Florentine architecture and sculpture and the entire city as an artistic entity. But there also were many other photographs, which my mother made during the 1930s (earlier than her commissioned work made in Florence during the wartime 1940-43.) She had toured Italy capturing people and places and these images were only seen by a larger public 60 years after they taken – Mannheim 1993. Most of them exist only as 8,500 negatives in a photographer’s archive in Heidelberg.

We first visited Scanno in 2006 and were amazed to find how little the streets and archways had changed. Then Tamara got in touch with the Mayor Angelo Cetrone to propose an exhibition here – which has finally resulted in what you see around you. It is a selection drawn from original prints made by my mother during the 1930s.

At the time my mother visited Scanno it was seen as an idyllic haven, as yet untouched by industrialisation and “civilisation”.  Writers like Anne Macdonell and Estella Canziani were intrigued by the exotic appearance of its women and their traditional costumes.  Not only was it untouched by “modernisation” but it also offered a chance to portray women in a special way. Hilde (and her friend Helga Franke) were real pioneers as women who had just qualified as photographers, travelled from Germany to what were then remote mountain villages.

She saw the lives of these women in their hardship and often poverty, bearing the burden of the many labours. They have unique and varied skills – from balancing heavy water pots on their heads to wool-dying and lace-making. They carry the burden during the transumanza, when their husbands would be away for weeks and months, following their flocks to pastures in the south.
As Tamara has written Hilde’s lens is both social critic and art historian. She turned the women of Scanno into Queens, classical living sculptures, who keep their individuality but are at the same time archetypal icons. They are like actors performing rituals on the stage of dramatic ascents and descents of streets and views through arches.

These photographs have been through their own transumanza. From Italy Hilde took them to Germany during the wartime, making a special journey back to Florence to retrieve them. Then she took them across the Atlantic to the United States, then back to Rome, where she lived for twenty years. She then took them with her to Munich where she died in February 1999. She left them to me who took them to London. And now, finally, thanks to the wonders of the Internet, they have finally come back home again.

On behalf of the Lotz family and my partner Robbie, who managed to scan them and transmit the images to Francesca Pompa at the 11th hour, I want to thank Angelo Cetrone, the team at OneGroup Grafica, and especially Tamara who could not come due to poor health, for making this show possible. I’d like to end with a line from the Greek poet Giorgio Seferis, inscribed in a book of photos given to my mother by Enzo Crea in his book Immagini di Persone in Calabria: