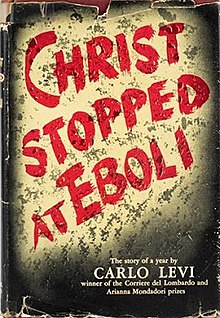 Christ stopped at Eboli describes Carlo Levi's banishment between 1935-36 by Mussolini's fascist government to political exile in a remote region of southern Italy. It shows the grinding poverty, disease and lack of basic facilities endured by the villagers and their superstition and mysticism. The title suggests that civilisation never made it past Eboli into the hinterland.

For anyone born in England soon after the war, reading this book in the 1970s was particularly shocking as by that time travelling to Italy was commonplace and it didn't feel too far away. And it was only 35 years ago in time. But the world depicted was so far away from anything my generation had experienced.

But Hilde must have passed through this region as she photographed in Potenza and Matera which are due West and East of Grassano where this story is situated. Possibly even at the same time that Levi was here. 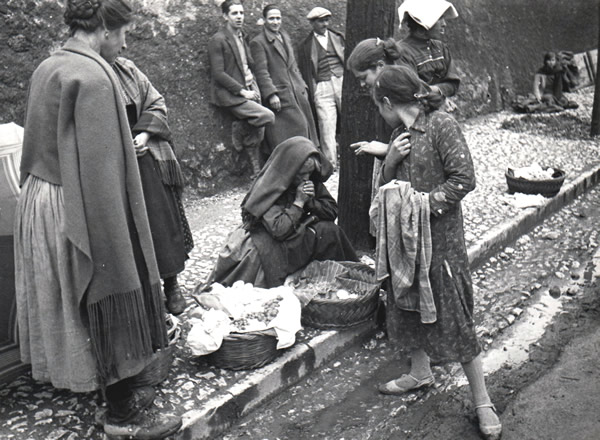 We might think therefore that poverty was restricted to the south, but if we look at this photo taken in Lazio (the region around Rome) taken between 1934 and 1939, we would need to reconsider. 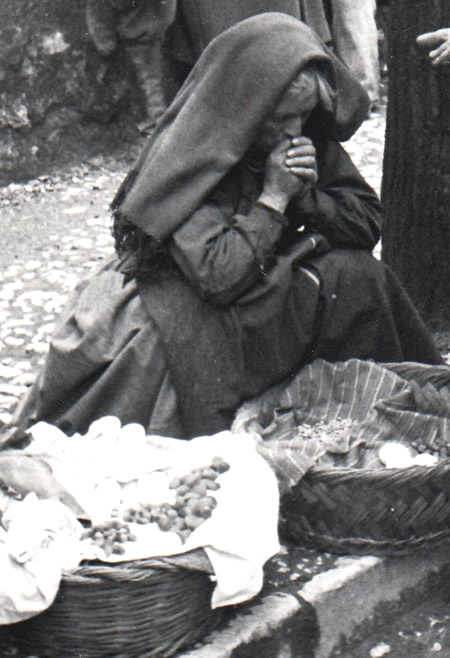 It appears to be a scene where women are selling a few miserable items (are they nuts, shells, mushrooms?) in baskets at the roadside. The woman in the centre is crouched in a beggar's pose, something you still see in Italy today, old women supplicants outside churches.

But this photo is special. It shows so much more than poverty. In the background are three men, stylishly dressed posing in "nonchalant charm" with the central figure gazing almost seductively at this most beautiful photographer. 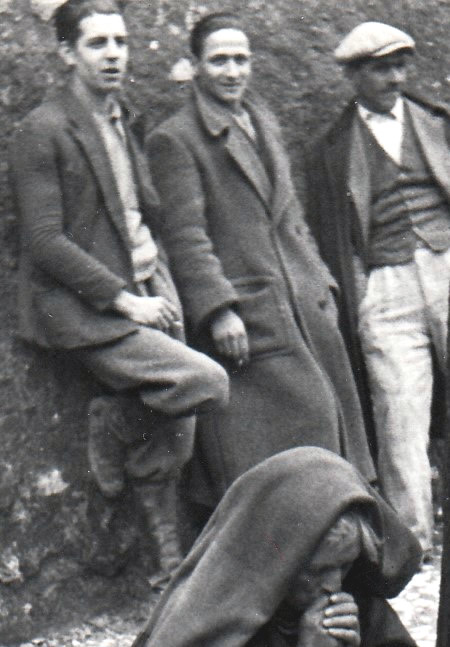 It must have been this photo that Susanne Räuchle was describing:

"Machismo as it really existed also appears in these photos, quite accidentally, in black and white contours: the very image of Italian magnificence. The dolce far niente is there, as a purely male thing: along a wall, or in a bar, they stand their hands in the trouser pockets of a proudly-worn suit. Thus they loll about casually in Lotz-Bauer's picture world, with a nonchalant charm, despite their shabby outfits."