It seems quite bizarre that an artefact might be marked as a reject yet survive. After all they are never going to make it to heaven, at best remain in limbo with the ever present threat of being sent down to hell.

In the case of Hilde's professional photos, it’s even more amazing they have survived given their travels. Most of Hilde’s photos were taken from the early 30’s to around 1942 during Mussolini's fascist era when 'dissidents' such as Carlo Levi and Cesare Pavese were exiled to southern Italy.

In March 1942 Hilde gave birth to Christoph in Florence. When Wolfgang was drafted into the Wehrmacht, she was obliged to move to Austria. With the end of the war, Hilde moved to Munich before emigrating to the USA in 1953, living in five locations. In 1962 she moved to Rome where she lived for 25 years before finally moving back full circle to Munich. Her photos must have followed her, then off to London where Corinna now looks after them. Quite a remarkable journey for rejects!

Yet we possess a few photos where Hilde has pointed out their limitations. She did this by making a mark on the back showing the area which dissatisfied her and usually a comment. Here's a favourite: 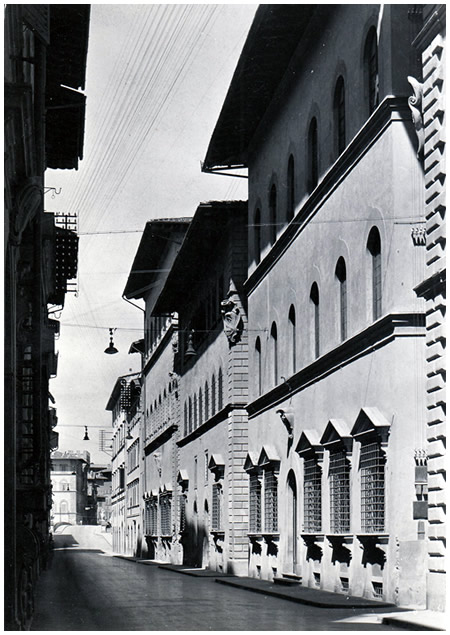 You can see that she has marked up the right-hand side (which equates to the left of the picture) and has noted "Hässlich" – ugly. So she didn't like the dark side of the street. Nevertheless, an almost identical image appeared in the 1977 Florence exhibition. 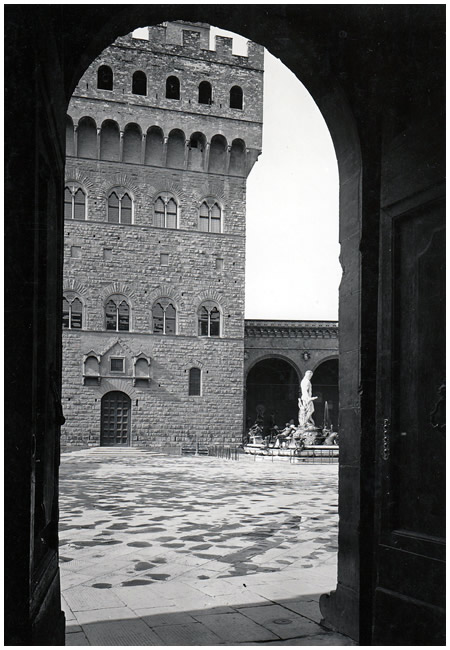 On the back she has noted: "Zu viele Bodenflecken!" – too many spots on the ground!