Hilde Lotz-Bauer
In the footsteps of Hilde*

An account of Corinna & Robbie’s June 2022 search for the places where Hilde lived, and some of the places she photographed in the 1930-40s.

We already knew from envelopes and postcards some of the addresses where Hilde lived in Florence, so we visited each one. 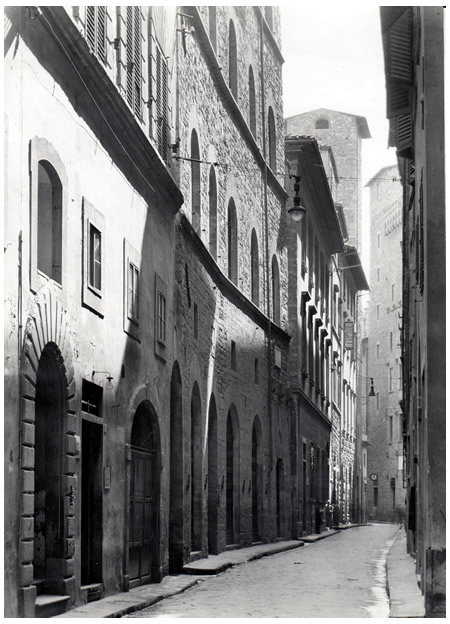 Borgo SS. Apostoli - Hilde's photo that was included in the Florence exhibition 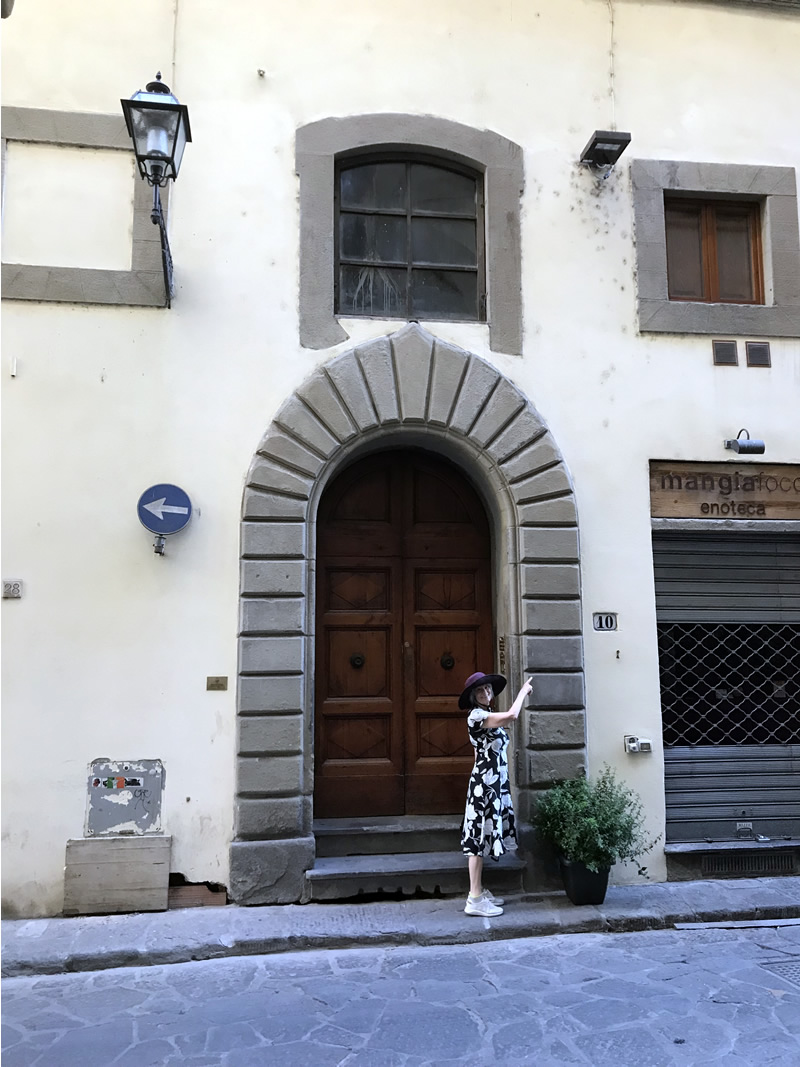 Hilde received a postcard delivered to this address in November 1940. We found the tower on 16 June 2022 at 07:40 (we were out before the tourists). Luckily someone had left the door ajar, so we sneaked in and climbed to the top, where we found an open window providing us with this view: 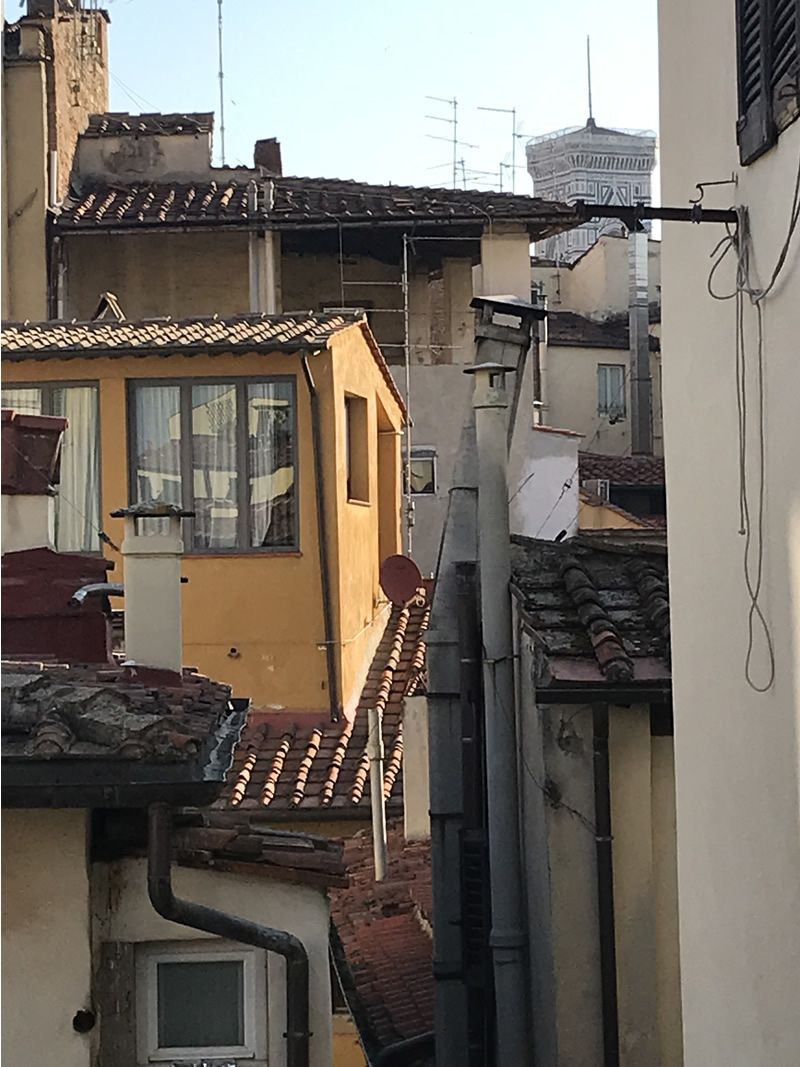 View of the Campanile by Giotto from the top of Borgo Santi Apostoli, 10 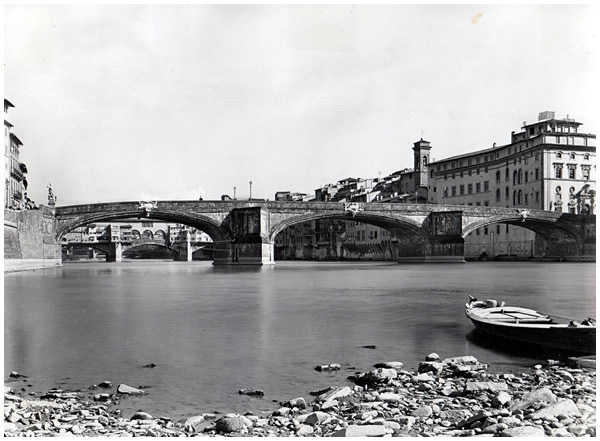 We then crossed the river via Hilde’s favourite bridge, Ponte Santa Trinita to…

Hilde lived here at the time of Chris' birth 1942. The Kunsthistorisches Institut Florence (KHI) was located here on the second floor and the Bandini sisters ran a guest house on the upper floor. During the war there was a false floor constructed to hide Jewish people. 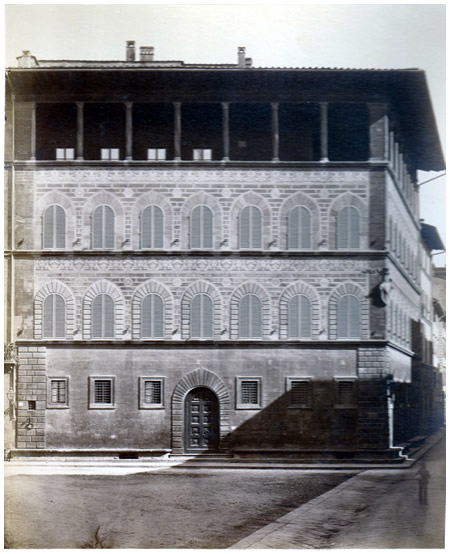 We visited on 16/06/2022 at 08:30. Here’s Corinna peering out from behind the door to the Palazzo Guadagni Hotel which is to the left of the main door shown in Hilde’s photo:

Here’s a view from the terrace: 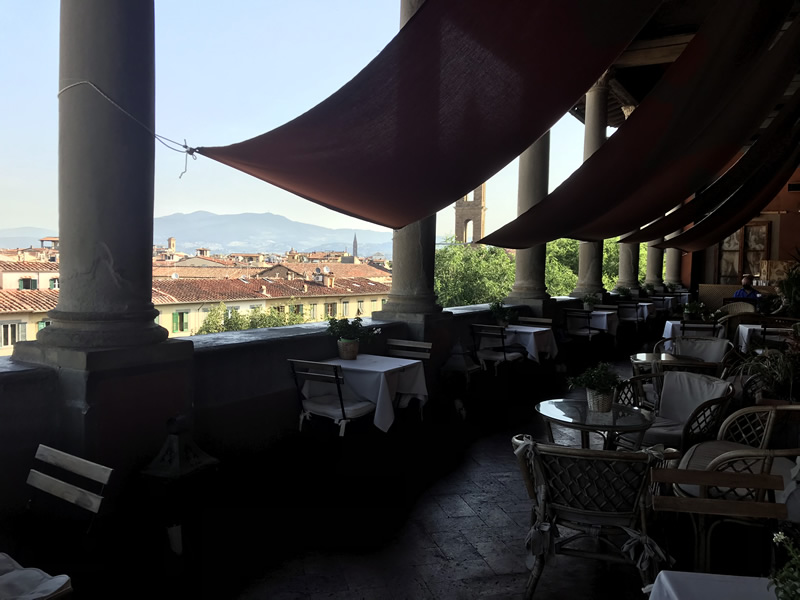 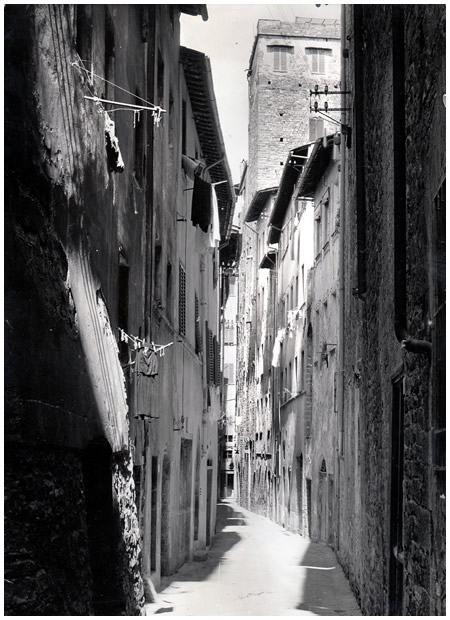 Although we were staying in Borgo San Jacobo less than 100 metres away, it was a challenge to find this tower but we finally realised that it was because it abuts to the back of the Torre dei Belfredelli. Here's how the two towers look today: 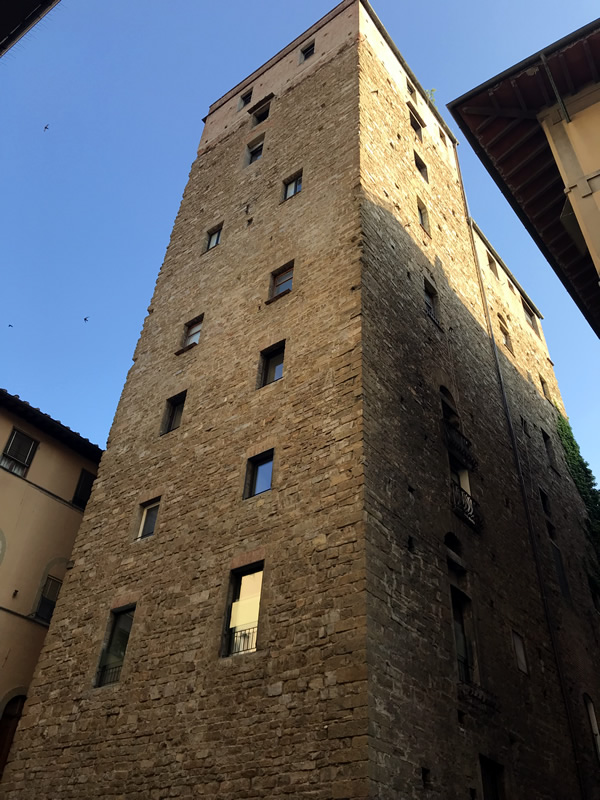 According to Hilde's memoirs:

"Alice von Platen offered us a small flat at the top of the Torre de' Ramaglianti in the Borgo San Jacopo. I’ve forgotten how many hundred steps we had to climb up to reach the roof terrace. A wonderful panorama of the city of Florence, the Arno valley and surrounding hills spread out below. Every evening the military last post sounded out from the fortress.

"A small walk led between 'our' high tower and an adjacent lower one. The scent of blossoming jasmine filled the air in this passage. In the smaller tower was a room with a shower and a toilet. We also had a small kitchen where a charcoal-fuelled open stove was built into the wall. It transpired that only Wolfgang could get the fire going, while I waved a chicken feather fan to encourage the flames."

This photo may well have been taken from the top of the tower: 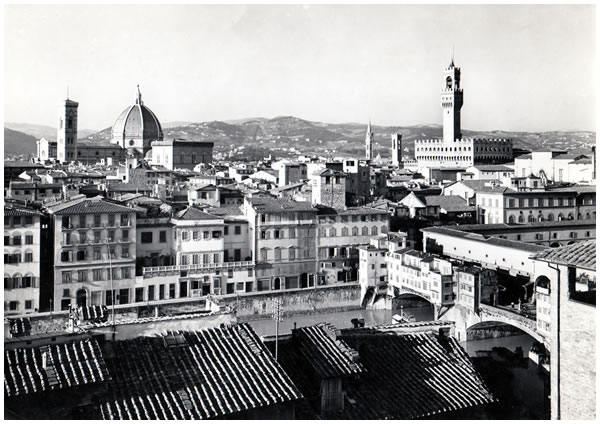